The physical transmission of electricity means that electricity is transported from the producers, via the networks, and on to the users. The electricity networks consist of local, regional and national grids, which are all under supervision of the Swedish Energy Markets Inspectorate.

The financial part is the trade of electricity which means that generators sell electricity, usually through the power market, to electricity suppliers who in turn sell it to the consumers. Consumers also pay for two different services: for the electricity consumed and to get the electricity transmitted on the networks. 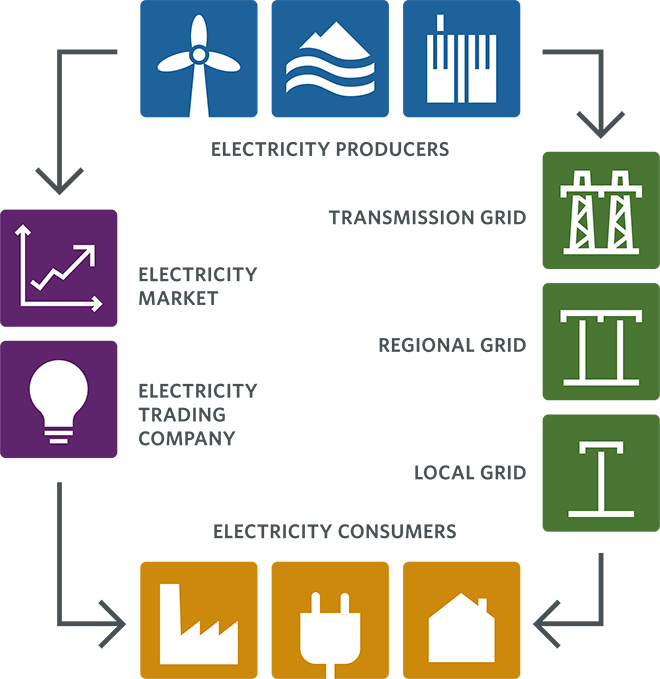